What You Need to Know

UPS and FedEx have now both, officially, implemented new applications of dimensional weight (DIM weight) calculations for pricing parcel shipments. The companies have claimed that it should only cause pricing to go up “about 5% on average” but there are a lot of details hidden in those averages. Beyond the fact that comparatively few packages will actually be “average” there is also the matter of pre existing contracts being honored, highvolume shippers negotiating reduced increases, larger companies deferring the implementation date, and savvy companies – including 46.5% of survey respondents – who were able to justify a custom DIM factor (i.e. change how the formula is calculated altogether). The Tompkins Supply Chain Consortium conducted a survey on DIM Weight pricing preparedness in late 2014 and now that the new pricing has been implemented and the invoices are starting to come in, its more important than ever to be monitoring this critical component of the modern Retail and B2B supply chains.

As a reminder, DIM weight pricing is not really new: It is the norm in other parts of the World and has been the standard for oddlyshaped packages and shipments larger than 3 cu.ft. for as long as anyone can remember. It is a calculation that uses the package’s dimensions, rather than its weight to calculate pricing:

; where Dim Factor = an engineered number (typically 166 for Domestic U.S. shipments; 139 for international) and any fractions or decimals are rounded up. Imporantly, DIM Weight is an additional calculation to the traditional weightbased matrix; with only the higher of the two sums being billed.

While the change is not pleasant for shippers, it is one that is overdue. A weightbased system worked well in a traditional B2B environment where catalog orders going to an individual’s home were a comparatively small percentage of shipments. But as online shopping has gone from niche to norm, weightbased pricing offered very little incentive for shippers to try and optimize overwrap packaging. This left the Parcel carriers with an everincreasing percentage of their physical capacity being eaten up by smaller and smaller amounts of billable units. Dimensional pricing fixes that oversight, making sure they get paid for their most finite commodity. But just how much more are FedEx and UPS looking to get paid?

One of the more interesting results from the survey was that of Shipper expectations. Despite FedEx and UPS announcing that the average price increase will be about 5%, over twothirds of survey respondents were expecting their parcel transportation expense to increase by less than 5%. This would seem to indicate that there will be some companies who are going to be shocked and/or disappointed when those first invoices arrive. 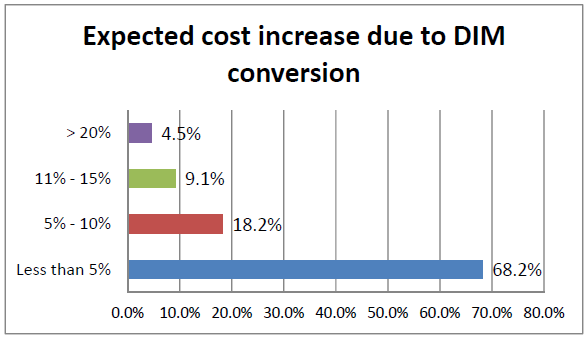 The expectations are even more dubious when one looks at the existing knowledge base: with only a little over half of participants knowing their current cubic threshold, and one out of every three having performed no impact analysis on the pricing switch. 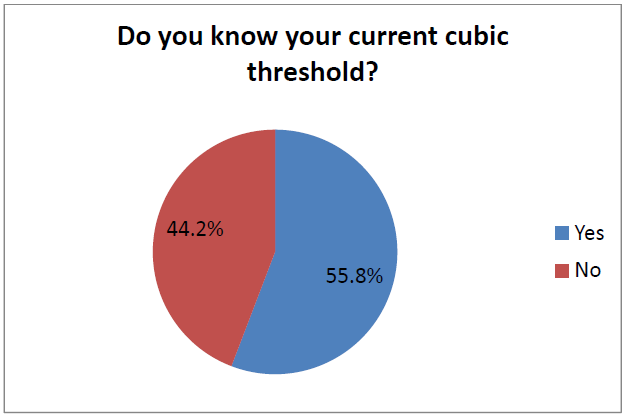 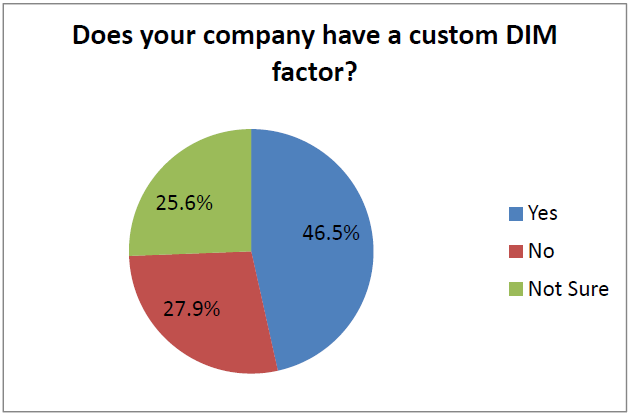 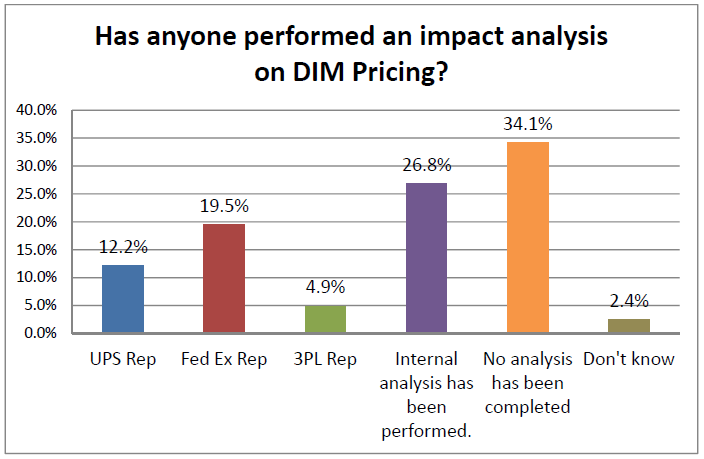 If you’re one of the many who are surprised/disappointed/angry by the early impact new pricing calculations are having on your company’s transportation budget, take heart. There are a number of things a company can do to minimize the impact of the new pricing model on the bottom line. The rest of this report will walk through what companies should be considering, from easiest to implement, to larger, longerterm investments:

Freight Auditing Services – Utilizing freight audit and payment services have been a best practice for years. Long before DIM Weight pricing kicked in UPS and FedEx rolled out a seemingly endless series of increasingly exotic assessorial charges that required monitoring. With dimensional pricing in effect the benefits of a professional service are only magnified yet, in the survey, only 32.4% of companies were currently using a freight auditing service while 27.0% of weren’t even considering outsourcing the freight auditing process. And while every service provider is a bit different, a common value proposition is for the service provider to get paid based on a percentage of billing error dollars recovered. For companies who aren’t currently auditing every single invoice, or are struggling with the new formulas, this is an incredibly easy way to keep parcel (and LTL and truckload) costs incheck. 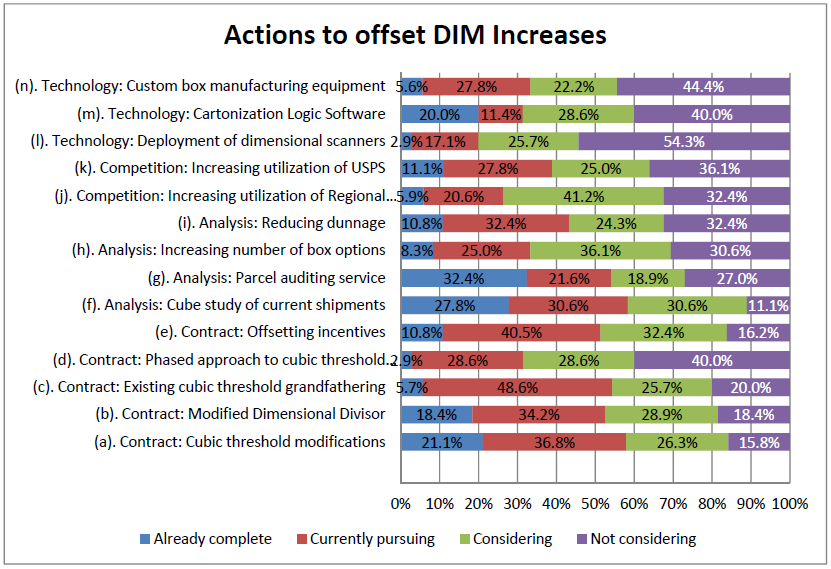 Parcel Carrier Alternatives – U.S.P.S.: People tend to speak about FedEx and UPS’s parcel service as though they are a true duopoly. But they’re not the only game in town. In an era of steadilydeclining tonnage in first class mail, package delivery represents the largest growth market for the United States Postal Service. A lot of this has, in fact, been driven by the two parcel giants: both FedEx’s Smartpost and UPS’ Surepost service depend on the USPS for final mile delivery.

But there’s no reason companies – especially smaller ones -cannot work directly with the Post Office. In recent years the USPS has made major improvements in commercefriendly areas such as insurance and traceability. It would not be accurate to put these offerings onpar with the two Parcel giants, but it is a perfectly acceptable option for valueconscious shippers and consumers. Think of it this way: when the mother of modern internet retailing, Amazon, began testing sevenday / week shipping, they chose to tap into the Postal Service’s latent capacity, rather than contract with the traditional parcel providers. If the service is good enough for the everdemanding internet giant, it can be made to work for smaller companies, as well.

Parcel Carrier Alternatives – Regional Carriers: More closely aligned with the delivery process and service levels associated with FedEx and UPS are the regional parcel providers. Companies like Eastern Connection, Spee Dee Delivery, Lone Star Overnight, and OnTrac frequently offer a larger footprint of nextday service than either of the National providers due to the smaller geography covered. They have also stayed away from many of the more exotic assessorial charges, have a more forgiving fuel surcharge, and have not, to date, aligned their pricing with the FedEx and UPS DIM weight calculation. In the late2014 survey, many participants were already using the regional carriers to haul, on average, about 9% of their business. It is, admittedly, tougher to have to deal with a handful a regional carriers – and the interlining that is likely required – than having that National carriers checking in on a daily basis but the savings can be substantial for those profiles most impacted by the recent price increases. 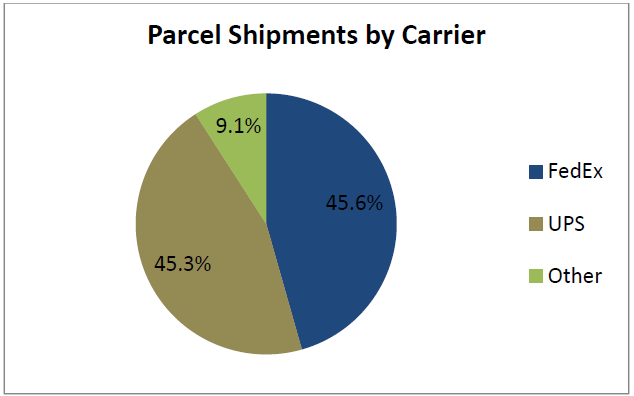 Interestingly, both the Postal Service and most regional carriers also use DIM weight calculations for pricing. For the USPS it is limited to shipments in excess of 600 miles. Both the regional providers and the Postal Service use a dim factor of 194 cu. in. rather than the 166 applied by UPS and FedEx. This means that dimensional pricing applies to fewer shipments and the impact diminished.

Cartonization Software – Many of today’s world class WMS systems have cartonization logic builtin or available as easytoadd modules. There are still other standalone cartonization programs that can bolt on to any WMS regardless of the functionality. Cartonization software takes into account the dimensions and weight of every item to be packed, along with each item’s weight and fragility, and optimizes the order based on available shipper box sizes; using both basic math and algorithms to determine the ideal combination of materials and the correct order in which to pack the items. In addition to minimizing the size of the carton needed, this software is capable of reducing product damage while decreasing the amount of dunnage required inside the box.

Increased Box Variety – A longstanding best practice for Procurement organizations has made the case for reducing the number of container sizes available on the warehouse floor. There was absolutely no need to hold a wide variety of inventory and forego the discounts associated with larger lot quantities. One only needed two or three different sizes to ship every single order since there was no real penalty associated with rightsizing the outgoing shipment. DIM Weight pricing has changed all that.

Many companies already have access to inline cubing information and even the smallest companies can rent a CubiScan. While it is by no means a replacement for an actual engineering analysis, for comparatively little money a couple of extra choices in overwrap packaging can eliminate the suddenly veryexpensive air that led the UPS and FedEx to make the change in the first place.

Custom Boxing Equipment – for highervolume shippers and companies shipping a wide variety of disparate products, purchasing equipment to craft a customized box for each unique shipment could make more sense. The equipment essentially optimizes the dimensional size of the carton, the dunnage necessary for void fill, and the total amount of corrugated being used. This type of equipment is not new and has a reputation of being expensive, spaceconsuming, and messy. But prices have been steadily falling on the equipment and newer models have gotten both smaller and better at controlling the inherently dusty process of boxcutting.

Bagging – If the goods being shipped aren’t especially prone to damage, companies should consider skipping the box altogether. Better than any box, malleable polybags serve to keep parcel shipments closest to their absolute minimum and are especially effective for flatter items such as books, and clothing that do not require a lot of protection. For smaller volume shippers this can be accomplished with standardized mailers. 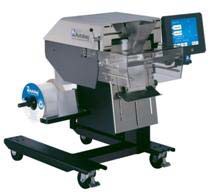 Additional Facilities – This final consideration is the most extreme, but the fact is that DIM Weight price increases are more extreme in longer zones. Transportation costs are but one (significant) component in the equation, but when combined with consumers’ everincreasing service preferences, a company may need to take a hard look at expansion; especially if its been a few years since the network has been looked at in detail. 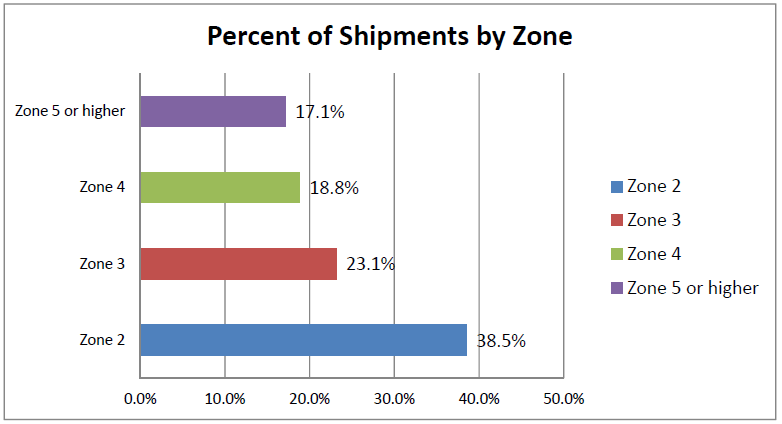 While price increases are never received favorably, and people are naturally resistant to change, the motives behind UPS and FedEx’s move to DIM Weight are justifiable: the explosion in online shopping and consumerdirect shipping created an exponential increase in demand for parcel service while internet storefronts mean individuals using Etsy and eBay can reach prospective customers as easily as Amazon, Alibaba, and WalMart. Absent any (admittedly, negative) incentive to ship goods in appropriatelysized containers with prudent, rather than excessive, amounts of protective dunnage, the carriers were finding a disproportionate amount of their space – which is in higher demand than ever – taken up by air, trapped inside boxes. In an age where easyaccess price comparison shopping is slashing margins, DIM Weight pricing will award the efficient shippers by punishing those who fail to adjust.

Tompkins International is a supply chain consulting and implementation firm that maximizes supply chain performance and value creation. We enable clients to be more profitable and valuable, while also becoming more agile, flexible, and adaptive to the marketplace. Tompkins collaborates with client teams to develop improved operations strategies, supply chain planning, and execution across all the Mega Processes of supply chains (PLANBUYMAKEMOVEDISTRIBUTESELL). Tompkins is headquartered in Raleigh, NC and has offices throughout North America and in Europe and Asia.

Tompkins International has worked in more than 30 countries on six continents. We have offices in North America, Asia and Europe, with global headquarters in Raleigh, NC. 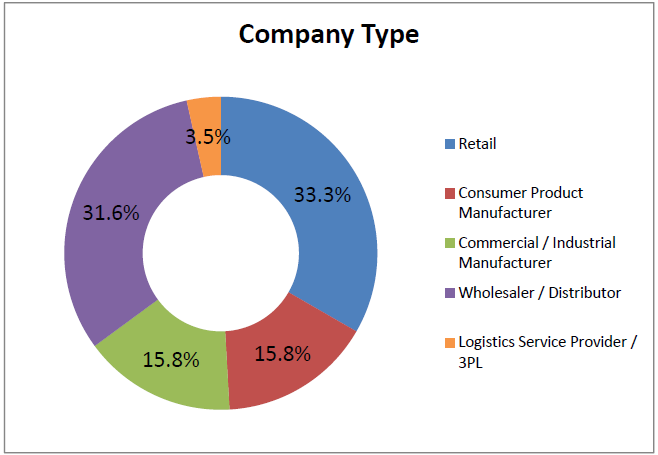 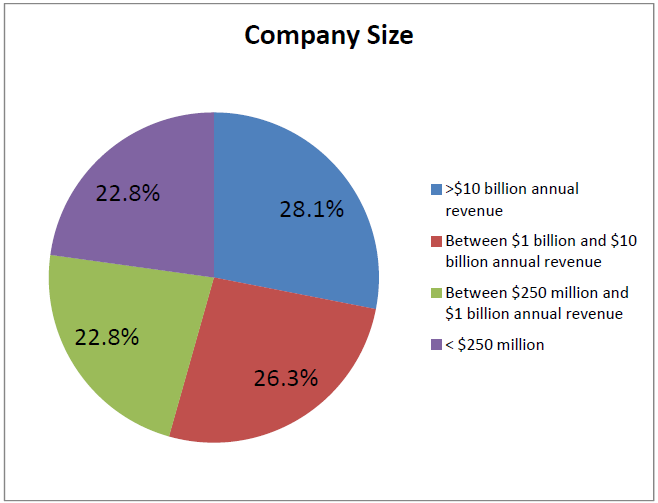 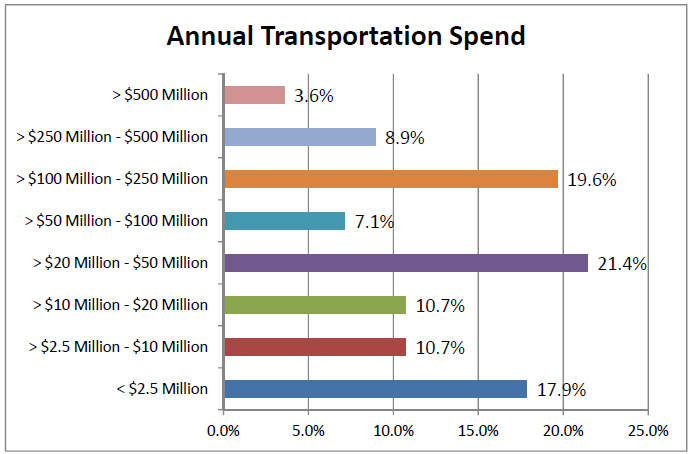 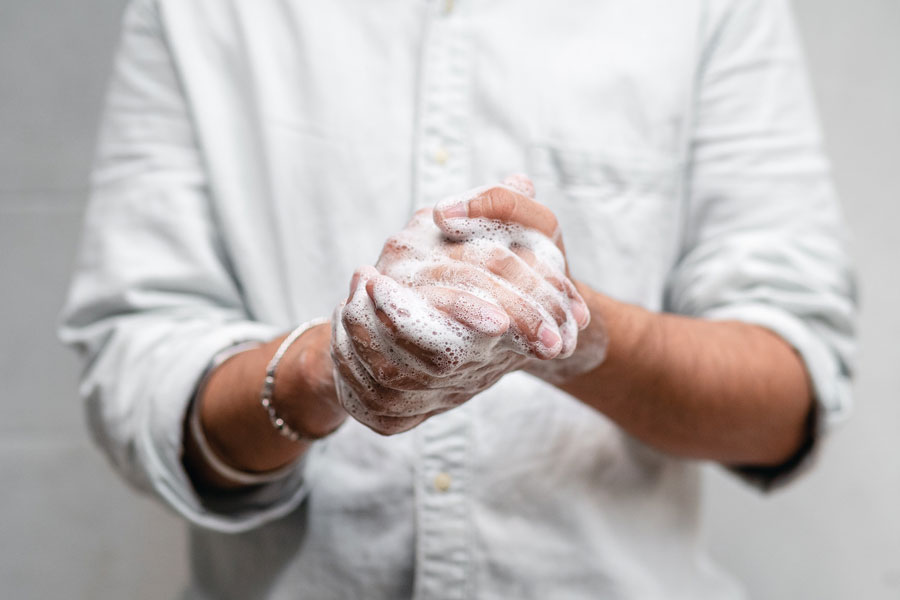